Review of ‘Wilderness’ by Dean Koontz 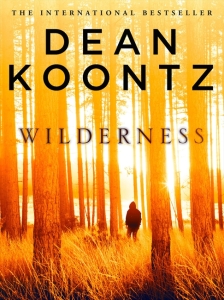 I read Dean Koontz’ short story “Wilderness” today. Like all his books, it features an interesting, tortured protagonist and page-turning suspense.

In it, Addison is a deformed, lonely boy hiding in a cabin in the woods with his single mother. His mother is disgusted by his deformities and banishes him from the house. In his exile, he comes face to face with a hunter — the first human being he’s ever seen beyond his mother. The hunter, possibly frightened by the boy’s appearance or was he sent to ferret the boy out of the woods for nefarious reasons, tracks him along barely visible deer trails and into another abandoned, spider-infested cabin.

I thoroughly enjoyed the story — but it’s very, very short. And I use the term “story” loosely, as this reads like a prologue to the forthcoming novel, “Innocence.” It ends abruptly, leaving a lot of questions unanswered, and would’ve benefited from a more formal conclusion. Plus, there are many references to what will  happen to Addison in the upcoming book, which was a little distracting from the story at hand.

Still, Koontz’ writing, as always, is spot on. His voice (or Addison’s voice, as its written in first person) is at times moving and beautifully written. The boy is clearly wise beyond his years, and for a kid who has been isolated from society all his life possesses a vocabulary that puts me to shame. There were several words I actually had to look up in the dictionary.

In the end, “Wilderness” grabbed me from the first sentence, and I couldn’t put it down. The hunter chasing Addison through the woods and into the abandoned cabin is especially enthralling. And Addison is an engaging character. This is a gripping, fast-paced excerpt, er, short story. I can’t wait for the novel.

This site uses Akismet to reduce spam. Learn how your comment data is processed.

Boat safety instructor Kate Parks recovers from an injury that ended her career with the Florida Fish & Wildlife Commission, repairs her relationship with her estranged sister, and investigates a series of murders in her little beach town.

Then the hurricane hits...